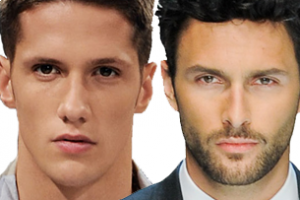 Off the back of last week’s wonderful piece on the rise of men’s makeup in The Guardian, Beauty and the Bloke and the great media buzz that has followed, we’ve decided to publish MMUK MAN founder Alex Dalley’s full interview with the paper. Here’s what Alex had to say when answering some questions on the explosion of male makeup over the past three years and just how far the male grooming industry has come in our ten years of business.

Reading about the first launch of men's make up ranges, around 2008, was met with almost aggressive derision - is that something you experienced setting up MMUK?

Absolutely! Back then, men's makeup was virtually unheard of and men were very much of the mindset that they had to be stereotypical 'hurly burly blokes'. The average male grooming routine for men at that time was perhaps a shampoo and shower gel and maybe a moisturiser for the forward thinkers, so when the majority of men were introduced to MMUK, the concept of the brand was almost offensive and judged as an attack on their masculinity. Fast forward ten years and the plate tectonics of masculinity have shifted so much that men rarely blink an eye when they are introduced to our products and instead that aggression has switched to intrigue.

Do you find a lot of your customers are embarrassed or secretive about their make up habits?

In the early days, this was definitely something that we were aware of. Many customers would use different names when ordering and ask that their parcels be delivered in plain envelopes with no reference to makeup on them whatsoever. Discretion was paramount for customers when we began building the brand and helping men find the right products was tricky as an online business. Nowadays, our customers are much more open. They're happy to send in pictures of themselves or selfies to let us recommend them the right products and shades for their skin. The embarrassing aspect has evaporated, which has coincided with more people leaving reviews and talking about our products online. Five years ago for example, virtually none of our customers would give feedback or post reviews online, yet they would happily re-order Now, guys love talking about makeup and sharing their experience with us and it's incredible to have seen those barriers be slowly broken down over time.

Are men scared of being seen as effeminate for buying make up?

These days, this is a rarity. Men are much more concerned with putting themselves in the best light and any worry or doubts that may be lingering in the back of some of their minds is simply overpowered by a drive and determination to look and feel their best. As acceptance towards male cosmetics has grown so quickly, men are no longer scared to take the plunge. I believe that in the Instagram world that many of us live in and with selfie culture taking a stranglehold, makeup isn't perceived as effeminate, it's just a vehicle that men are happy to get in to achieve real-life filters.

People like David Beckham made it ok for men to use moisturiser? Do you think any public figure has changed how men's make up use is perceived?

Honestly, I think that men's shopping habits are in a different place to where they were ten years ago, when David Beckham started using a moisturiser and every man's interest went through the roof. In a world of social media ads and influencers, where men are being bombarded with products that claim to be the best thing since sliced bread, men are toughening and certainly wising up to it. The modern day man doesn't need the reassurances like he needed back then that 'if David can wear it, I can wear it.' Instead, I believe it's the work of original male beauty bloggers and vloggers like Jake-Jamie who men are influenced by more, who create really insightful content that men can not just learn from but be inspired by.

how would you describe your typical customer?

Our core customer base consists of men between the ages of 19-30, who are generally more active on social media and very much into the way they dress, look and like to feel. There's a pressure on younger men to put their best face forward and they are reacting by pursuing the possibility of using makeup for men in their everyday lives. The gay market is also huge for us as the stigma surrounding makeup is virtually non-existent. However, across all of our customers, one thing remains the same, that they want subtle and enhancing products that are undetectable.

what are you best selling products?

Our BB Cream and concealer stick are our two most popular products. The former provides a quick fix for busy men on the go and as men's lives become increasingly busy and more complicated, the BB Cream offers everything that they require in one easy to apply product. The concealer stick is up there because of it's camouflaging powers. Dark circles, spots, acne scars and blemishes remain high on the list of skin problems that men look to address and this gives them the versatility to do that. Our beard mascara and beard filler remain up there too, whilst our clear mascara and brow gel are amongst our core range of products that men purchase the most. I've put a list of our bestsellers below in order of popularity.

What do you think it will take to normalise the purchase of make up for men?

We're definitely going in the right direction of makeup becoming the complete norm. I think the more the topic is addressed in the media and on TV, the more the stigma surrounding male makeup will vanish. I also think it's a generational thing. Dad's grew up using moisturiser because the likes of David Beckham gave them the confidence to, so the natural progression into makeup will be much less of a shock to the social system than perhaps the generation before, where taking care of your skin was a complete no-go. I think as social media continues to tighten its grip on our lives, that will make makeup the norm, whilst not necessarily supporting it. Above everything, I think that it will be women who contribute the most to its normalisation. There are so many women out there who don't mind their boyfriend's or husband's wearing a touch of concealer or foundation, as long as it's discreet. If women continue to really get on board with this, men over 30 in particular will be more encouraged to experiment with these types of products.